get your copy of sprezzatura

Buy your copy today and receive exclusive bonus tracks not available anywhere else!

“This is an album that begs to be played loudly from an open window.”

Get your copy of Sprezzatura now and you'll also receive three exclusive bonus tracks not available anywhere else.

Take your pick: limited edition vinyl, CD, or digital download. (Quantities of the vinyl version are limited, so if you want to hear Sprezzatura on your turntable, you'll want to reserve this now!)

We all know world’s awash in corporatized music. Buying directly from the band means you’re lending support to an independent voice in the world of music.

OWN YOUR COPY
the story

sprezzatura is quite possibly the most hopeful piece of work we’ve ever released into the wild.

it’s as much about creating new worlds for yourself as it is a bittersweet tribute to a place you may not be from, but is home nonetheless.

Let me begin by saying this: Sprezzatura was a sheer joy to write and record.

I’ll let you and your ears decide whether it measures up to standard of sonic bliss we were aiming for—eye of the beholder and all that.

However, what I can say for sure is that this record is all heart.

We spent the better part of a year arranging, rehearsing, tweaking, and playing these songs at shows almost as fast as they were coming in. First one song, then two, then five. We spent hours talking about snare sounds and bass tones and guitars… before we knew it, the lightbulb had gone off: it was the right time to get back into the studio.

The timing worked out, too: Mad Oak Studios—co-producer Benny Grotto’s home base and a place we consider a second home—had just been rebuilt.

By now, Jen, Charles, and myself already knew we would be uprooting to Los Angeles within a year. (Chuck Ferreira, a drummer who’s never failed to give less than 110%, would be staying behind.) Whatever we were going to do had to be special. It could be the last record we made in Boston, the city Aloud was born in.

After our experience recording “Falling Out of Love”, we knew we wanted to work with saxophonist Andy Bergman again, along with our friend Eric Ortíz on trumpet and Brian Paulding on trombone. Even though he’d moved to California, getting Max Butler back on keys was a must—distance be damned. (His magic is all over “Been So Long Since We’ve Seen the Sun”.) Our friends Chris Barrett and Alison Dooley stepped in to arrange strings on a few songs.

One of the final puzzle pieces came through just before we made our way out west. We were fortunate to have been put in touch with mix engineer Guy Massey, who agreed to mix Sprezzatura. The Beatles Anthology was a pivotal moment for us growing up, and to have someone who worked on that within 100 yards of our work was a true pinch-me moment.

(I could go on and on, but that’s what liner notes are for.)

Once recording was wrapped, the question we’d been avoiding had to be addressed: what the hell are we going to call this thing? A few ideas had been jotted down on a white board—none I can remember right now—when Jen came across the Italian word sprezzatura: “…a certain nonchalance, so as to conceal all art and make whatever one does or say appear to be without effort and almost without any thought about it.”

“I kinda like that it takes all the heavy off and is a bit ironic,” she said. “What’s supposed to look more effortless than art?”

Few endeavors have been as spiritually bruising as trying to get this album released. It was never a given Sprezzatura would ever see the light of day.

Yet here we are, still grateful we can share our personal soundtrack with y’all… still eager to see the sun rise on another Aloud record.

To quote a friend: that ain’t nothing.

And we can’t wait for you to hear every second of it. 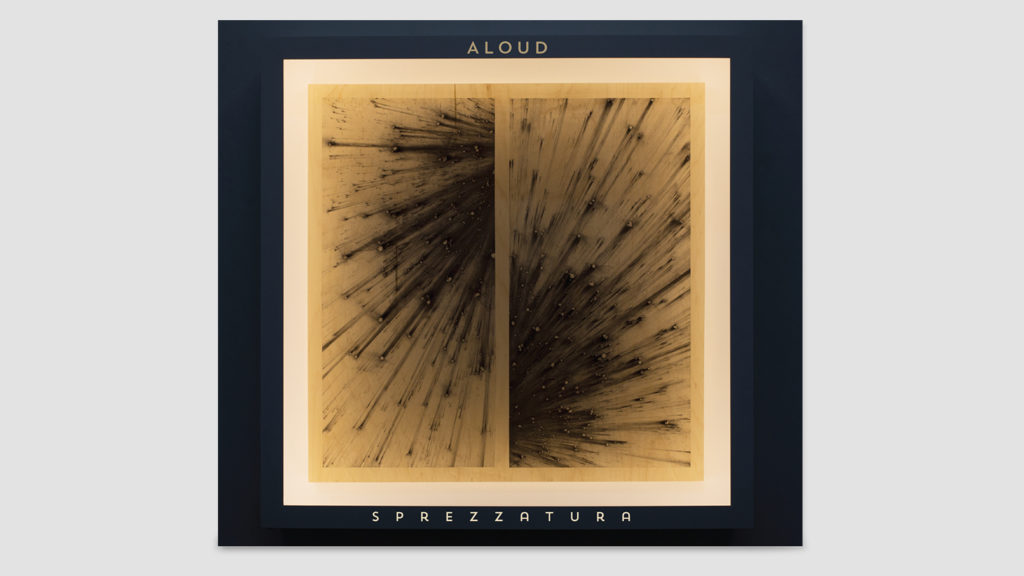 own it on digital

own it on cd

own it on vinyl